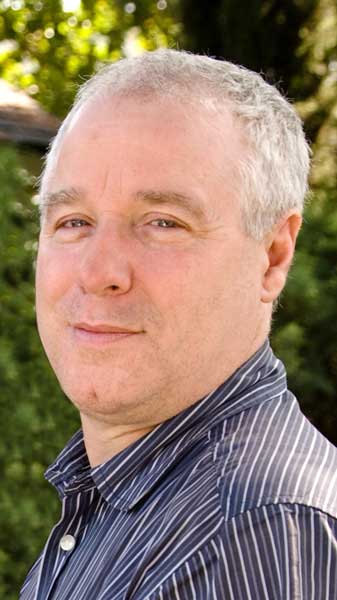 Joe Colletti, PhD is a social reformer who has modeled his life in the tradition of past and contemporary social reformers. Like them, he has dedicated his life to solving social problems that often stem from poverty, prejudice, and parochialism.

He has worked fervently with many cities and counties in California to end homelessness and has helped develop and implement many local jurisdictional plans and programs that have resulted in thousands of homeless people exiting their state of homelessness. He has also strategized and labored with several jurisdictions in bringing social and economic reinvestment to neighborhoods that have experienced decades of disinvestment and has also worked ardently with non-government and government agencies to end various types of discrimination involving class, disabilities, ethnicity, gender, housing, income, and land use by changing such practices in local jurisdictional ordinances and statutes within their municipal codes.

He is an Adjunct Associate Professor of Urban Studies at Fuller Theological Seminary in Pasadena, CA and the co-founder of the seminary's Office for Urban Initiatives. He is also an Associate Researcher, Research Cluster on Urbanism, Oxford Centre for Mission Studies. Much of his teaching and community and economic development experience focuses on the issues of affordable housing, economic development, fair housing, health and mental health care, homelessness, human trafficking, and substance abuse. He established a Homelessness Solutions Lab that helps students learn and implement evidence-based and best practices to end homelessness among the chronically homeless individuals and families, mentally ill, substance abusers, veterans, and youth.

He founded the Hub for Social Reformers which serves as a network that links the accomplishments of past reformers with the accomplishments and efforts of present-day reformers to solve social struggles and the efforts of future reformers who seek to do the same. The Hub is dedicated to preserving and promoting solutions by past social reformers for social ills and injustices. Many reformers remain unknown to, or are forgotten by, those who seek to advance social justice today. Consequently, the teachings, writings, and speeches of these reformers are repeatedly neglected and often do not inform the resolutions that present-day justice seekers seek to encourage.

He established the Society of Urban Monks which is an ecumenical and multi-denominational community of men and women who are involved in encountering, elucidating, and ending social issues and injustices by infusing their Christian faith and privately chosen spiritual practices into their employment, education, social, and/or volunteer efforts and other publicly chosen activities. He writes the liturgy for each Monastic Mass that the Society sponsors each year.

He is an Associate of the Mount Calvary Benedictine Retreat House and Monastery. Much of his teaching and personal experiences also focus on the integration of Christian monastic practices and solving social struggles. He is an enthusiastic follower of the teachings of St. John of the Cross and the experiences of the “Dark Night of the Soul.” He has written papers and teaches courses, seminars and workshops about the integration of the “Dark Night of the Soul”, other monastic practices, and ending social ills and injustices.

Joe and his spouse, Sofia Herrera, PhD, were married in Corleone, Sicily among family and friends. His grandfather immigrated from Corleone and grandmother from Sambuca di Sicilia to Chicago at the turn of the twentieth century (see “The COLLETTIs from Corleone: 100 Years in America”). His father (Rosario Colletti) and mother (Genevra Bizzoni) were born and married in Chicago. Both parents have passed away. His sister Linda and brother Kenneth live in the Chicago area.

He and his spouse, Sofia (who was born in El Salvador), met in Pasadena and continue to live there. They often have families and friends to their home for sacred meals. Such meals are framed by the Christian Divine Offices of Prayer of Vespers and Compline that incorporate biblical prayers, scripture readings, lectio divina, examination of consciousness, vigils, and other spiritual practices. Readings from the writings and speeches of selected social reformers are also incorporated into the combined communal and culinary experience.

ASSESSMENTS FOR LOCAL GOVERNMENT AND OTHER LOCAL AGENCIES

Recent reports that were written or co-written by Joe Colletti, PhD include

10-Year Strategies to End Homelessness, which are promoted by the U. S. Interagency Council on Homelessness, are community-based reports that are prepared for local governments that focus on implementing best practices to end homelessness.

Consolidated Plans are required by the U. S. Department of Housing and Urban Development (HUD) from cities who receive HUD funding. These plans establish each jurisdiction’s affordable housing, homeless services, and economic development goals for very low-, low-, and moderate-income households in five (5) year increments.

Analysis of Impediments to Fair Housing Choice are also required by the U. S. Department of Housing and Urban Development (HUD) from cities who receive HUD funding. These plans establish goals to remove barriers to fair housing choice that may discriminate against protected classes of persons that are indentified in local, state, and national legislation including civil rights and land use and zoning.

Homeless Counts are also required by HUD from cities who receive Continuum of Care Homeless Assistance funding. Homeless counts provide a point-in-time count of the number of persons who are homeless on a given day within a specific jurisdiction. HUD also requires information concerning certain sub-populations of homeless persons which is the primary purpose of homeless surveys.

Community coalitions founded or co-founded include:

Grants include awards from the following sources and/or programs: